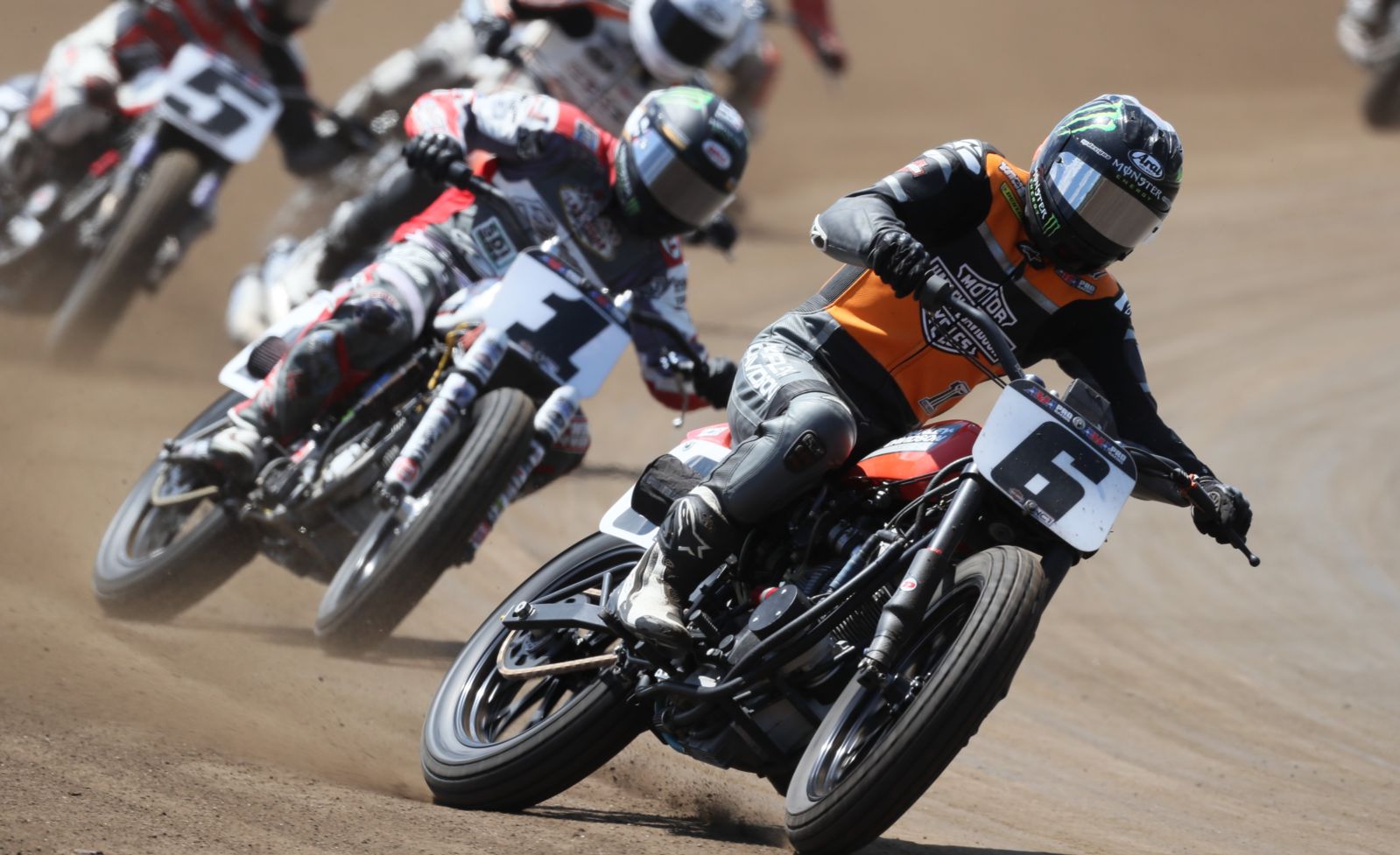 All 18 rounds to air weekly on NBCSN starting in July


DAYTONA BEACH, Fla. (Jan. 10, 2017) – American Flat Track proudly announces an exclusive television partnership with NBCSN for the 2017 season. All 18 rounds, from the season-opening DAYTONA TT to the American Flat Track Finals in Southern California, will air in one-hour, tape-delayed telecasts on Thursday nights throughout the summer and fall.

Entering its 64th consecutive season, American Flat Track is the most historic form of American motorcycle racing and 2017 marks the dawning of a new golden era for the sport. The series boasts two diverse and highly-competitive classes and is headlined by powerful, twin-cylinder motorcycles in the AFT Twins class, with spirited single-cylinder machines battling it out in AFT Singles.

“American Flat Track is America’s original extreme sport and NBCSN is the perfect platform to bring it back into the limelight,” said Michael Lock, CEO of American Flat Track. “We’re delighted to be partnering with NBC Sports Group, one of the most respected sports media organizations in the world. This partnership represents a huge milestone for the sport and a goal that we have been working toward for a long time.”

“We’re thrilled to add American Flat Track to the best motorsports portfolio in American media,” said Jeff Macaluso, Senior Director, Programming, NBC Sports Group. “We’re excited and proud to be a part of the resurgence of this historic series.”

NBCSN’s coverage of the 2017 American Flat Track season begins in July, kicking off 18 straight weeks of high-intensity American Flat Track telecasts, expertly produced by NASCAR Productions, LLC and highlighted by flag-to-flag race coverage of both classes. The shows will include exclusive features and editorial content telling the story of the world’s elite dirt track motorcycle racers as they battle for glory, while cutting-edge technology, including the latest in onboard cameras, will allow viewers to experience the pinnacle of dirt track motorcycle racing like never before.

American Flat Track will debut inside Daytona International Speedway on a one-of-a-kind race course built on the famous tri-oval at the “World Center of Racing.” The DAYTONA TT will serve as the first battleground for the great American war brewing between Harley-Davidson and Indian Motorcycles, marking the first time the big American factories have competed head-to-head on the race track since the 1950s.

In addition to the 18 primetime premieres, NBCSN will re-air each of the shows the following week, which will also be available on NBCSports.com and the NBC Sports app. FansChoice.tv, a cornerstone of American Flat Track’s digital strategy, will provide live streaming coverage for every round of the 2017 season.